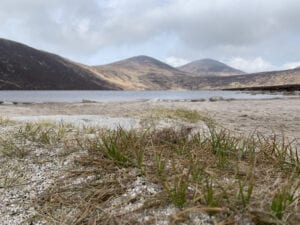 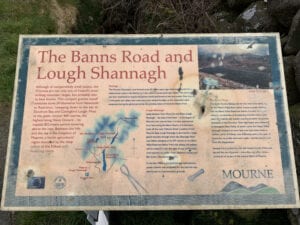 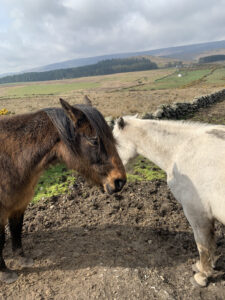 Hello everyone, Stacy here. I hope you have all had a wonderful week so far and have been enjoying the good weather.

On Monday Eimear and I started our week off right and decided we would go hiking for the day. We went up to County Down to walk in the Mourne Mountains and choice to walk up Doan Mountain, which is one of the smaller peaks in the Mournes but still gives you a 360-degree view which you can see from this video – Views from the summit of Doan Mountain.

We started at Bann’s Road Car Park which goes up over the Valley and across the Mourne Wall. This part of the walk was a flat, stoney path that led right up to the edge of Lough Shannagh. When arriving here it was so peaceful and tranquilising, I could have sat there all day if I could. From Lough Shannagh we headed straight up to the summit of Doan. When reaching the top, I was left speechless as the views were absolutely stunning. You could see everything inside the Mourne Wall including Donard, Silent Valley Reservoir and even as far out as Kilkeel. We were really lucky in terms of the weather because we were able to have our lunch on the summit which is very unusual for this time of year in Northern Ireland. 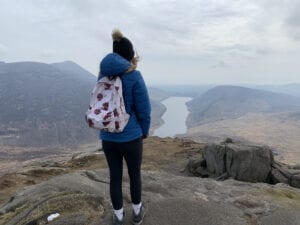 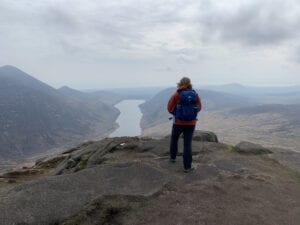 While out on the walk, I found it so fascinating how the Mourne Wall goes the whole way around the Mournes and was man-made. I did some research around The Mourne Wall to find out that it was built between 1904 and 1922 by the Belfast Water Commissioners. It was designed to define and enclose the catchment area for the newly constructed Silent Valley Reservoir. 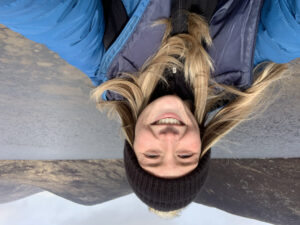 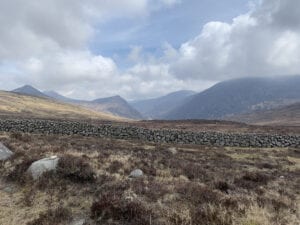